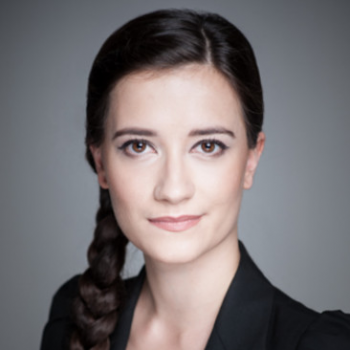 Patrycja Tatar-Piecha is an attorney-at-law admitted to practice in Poland and an associate in the dispute resolution department of Rymarz Zdort.

She graduated with distinction from the Faculty of Law and Administration of the University of Warsaw in 2015. During her studies, Patrycja received a rector’s scholarship for the best students. Prior to joining Rymarz Zdort, formerly known as Weil, Gotshal & Manges – Paweł Rymarz sp.k., in 2015, she worked in a well-established law firm in Warsaw and completed an internship in the Supreme Administrative Court in Warsaw.

Patrycja specialises in civil and commercial disputes (with a special focus on enforcement proceedings and bankruptcy and restructuring law) and in administrative law. She has advised on complex court and administrative proceedings in relation to infrastructure, transportation, corporate disputes and domestic arbitration. As part of her practice, Patrycja has taken part in cases regarding bankruptcy and restructuring law as well as in complex debt enforcement proceedings in which she represented both debtors and creditors. She has acted for parties to proceedings involving the personal and financial liability of managers, including in connection with the failure to timely file a petition for bankruptcy.

See more team members
This site uses cookies to provide services at the highest level. By continuing to use the site, you agree to their use.I Agree