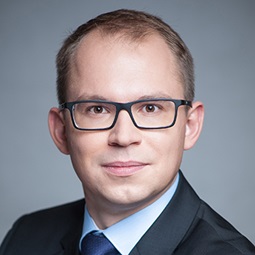 Dr Jakub Zagrajek is an advocate admitted to practice in Poland and a partner in the corporate department of Rymarz Zdort.

In 2010, he graduated from the Faculty of Law and Administration of the University of Warsaw and with a degree in Finance and Accounting from the Warsaw School of Economics. He completed, with distinction and as the best student in his year, a course in US law at the Centre for American Law Studies co-organised by the University of Warsaw and the University of Florida Levin College of Law, and, also with distinction, a course in German and European law at the Center for German and European Law Studies of the University of Warsaw. In 2015, he obtained a Ph.D. in company law from Akademia Leona Kozminskiego in Warsaw. He joined Rymarz Zdort, formerly known as Weil, Gotshal & Manges – Pawel Rymarz sp.k., in 2009. He has also been a CFA® charterholder since 2016.

Jakub specialises in commercial law, M&A transactions and capital markets regulations. He focuses his practice on M&A transactions, including those involving public companies, and private equity. He has advised leading domestic and foreign market players on many significant M&A and private equity transactions in Poland. His clients include major public and private companies from a variety of industries, including banks and asset management companies. Jakub also advises on IPOs and SPOs, as well as public offerings of debt securities listed in the Polish and foreign regulated markets. His expertise also includes disclosure obligations of WSE-listed public companies as well as regulations concerning the prevention of market abuse.

The sale of the shares in Echo Investment by Echo Partners

Rymarz Zdort advised Echo Partners B.V. on the sale of 100% of the shares in Lisala sp. z o.o, a majority shareholder of Echo Investment S.A., to an SPV owned by the Hungarian developer WING. The prel...

The sale of the shares in Echo Investment by Echo Partners
See more team members
This site uses cookies to provide services at the highest level. By continuing to use the site, you agree to their use.I Agree