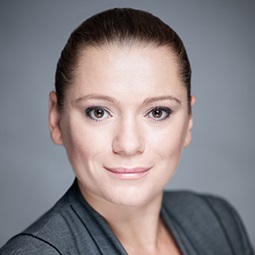 Irmina Wątły is an attorney-at-law admitted to practice in Poland, counsel in the corporate department of Rymarz Zdort and a member of the competition/antitrust practice.

She graduated from the Faculty of Law and Administration of the Jagiellonian University in 2008 and qualified as an attorney-at-law in 2014. Prior to joining Rymarz Zdort, formerly known as Weil, Gotshal & Manges – Paweł Rymarz sp.k., in 2012, Irmina spent over three years working in the Department of Concentration Control at the Office of Competition and Consumer Protection.

The prestigious legal ranking publication The Legal 500 recommended Irmina Wątły in its 2020 edition for competition/antitrust. According to the report, Irmina Wątły is another name to note, with significant merger control, state aid, cartel and abuse of dominance expertise.

Rymarz Zdort, as the lead transactional counsel, advised Innova Capital in connection with the auction sale of 100% of the shares in Trimo d.o.o. to Kingspan Group plc. Slovenian company Trimo is a...

Rymarz Zdort advised Polski Standard Płatności sp. z o.o. (“PSP”), the operator of the BLIK system, in connection with the accession of Mastercard to PSP as an investor and the start of commerci...

Vectra takes over Multimedia Polska
See more team members
This site uses cookies to provide services at the highest level. By continuing to use the site, you agree to their use.I Agree