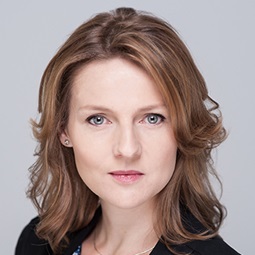 Zofia Frydrychowicz is an attorney-at-law admitted to practice in Poland, a partner in the corporate department of Rymarz Zdort and a co-head of the banking and finance practice.

She graduated with distinction from the Faculty of Law and Administration of the University of Warsaw in 1998, also completing a course in French law organised by the Faculty of Law and Social Sciences of Université de Poitiers in 1996, and qualified as an attorney-at-law in 2002. She joined Rymarz Zdort, formerly known as Weil, Gotshal & Manges – Paweł Rymarz sp.k., in 1996.

Zofia specialises in providing legal advice on domestic and cross-border financings and debt restructurings, as well as in banking and finance transactions. She has advised on numerous projects, representing both banks and borrowers in a wide range of transactions, including acquisition finance, project finance, and corporate and aircraft finance, as well as complex refinancings. She has broad experience in advising financial institutions and issuers in domestic and international bond offerings. Zofia has also advised in connection with a number of transactions involving the acquisition of non-performing loan portfolios.

The prestigious legal ranking publication Chambers and Partners recommended Zofia Frydrychowicz in 2015 in the “Other Noted Practitioners” category for debt capital markets and in its 2018 edition ranked her as one of a select few Notable Practitioners for banking and finance.

Another prestigious legal ranking publication, The Legal 500, has recommended Zofia for banking and finance since 2014 and since its 2019 edition it has ranked her in the “Next Generation Partners” category for investment funds. Since 2013, she has been recommended by another legal ranking, IFLR1000, for banking and debt capital markets, and since the 2018 edition she has been singled out as one of a select few “Highly Regarded” lawyers in banking and finance, debt capital markets and real estate finance.

Rymarz Zdort is pleased to announce that in the latest IFLR1000 ranking, it was once again recognised as one of the best law firms in Poland, being recognised in Tier 2 in the Banking & Finance pr...

Rymarz Zdort advised Maspex Group ("Maspex", the "Group") in connection with the execution of an agreement with Roust Corporation ("Roust") regarding the purchase from Roust  of 100% of the shares in...

Rymarz Zdort is pleased to announce that in the most recent edition of the IFLR1000 2021 ranking it has again been recognised as one of the best law firms in Poland for capital markets. In the categor...

Rymarz Zdort advises ProService Finteco on acquisition of 100% of the shares in Moventum sp. z o.o.

Rymarz Zdort advised ProService Finteco sp. z o.o. on its acquisition of 100% of the shares in Moventum sp. z o.o., the parent company of Moventum S.C.A based in Luxembourg. The Luxembourg financial r...

Rymarz Zdort advises ProService Finteco on acquisition of 100% of the shares in Moventum sp. z o.o.