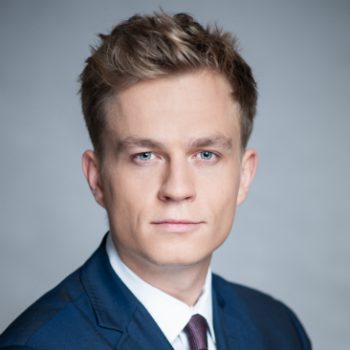 Michał Milewski is an advocate and a senior associate in the dispute resolution department of Rymarz Zdort.

He graduated from the Faculty of Law and Administration of the Jagiellonian University in 2014 and qualified as an advocate in 2018. Prior to joining Rymarz Zdort, formerly known as Weil, Gotshal & Manges – Pawel Rymarz sp.k., in 2015, Michał worked in Polish and international law firms in Kraków and Warsaw.

A specialist in dispute resolution as well as commercial and corporate law. His experience in this respect includes, specifically, post-M&A disputes related to final price settlement and contractual representations and warranties, complex disputes concerning commercial and construction contracts, as well as corporate disputes concerning resolutions of meetings of the shareholders and disputes related to the liability of members of the governing bodies of commercial companies. He has represented clients before public courts as well as in domestic and international arbitration proceedings (including SAKiG, VIAC, ICC and FAI arbitrations).

Michał Milewski has broad expertise in supporting clients at hostile meetings of the shareholders and defending against hostile takeovers. He has represented shareholders (both minority and majority) in a range of multifaceted and complex corporate disputes, both at the stage of the preparation for an expected hostile takeover as well as after the commencement of hostile actions.

His advisory also includes representing clients in regulatory disputes, including, specifically, before the Energy Regulatory Office and the Office of Competition and Consumer Protection, as well as in subsequent appellate proceedings before public courts.