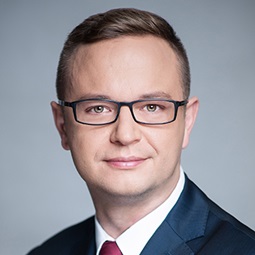 Dr Marek Maciąg is an attorney-at-law admitted to practice in Poland and a partner in the corporate department of Rymarz Zdort.

He graduated with distinction from the Faculty of Law and Administration of the Jagiellonian University in 2001, where he received an award sponsored by the Lexis Nexis Publishing House for the best graduate from the Faculty of Law in that year. He also completed courses in German law and American law organised at the Jagiellonian University and subsequently studied German and American law at the Friedrich Schiller University in Jena, Germany. Marek defended his Ph.D. thesis on corporate law in 2006. Prior to joining Rymarz Zdort, formerly known as Weil, Gotshal & Manges – Paweł Rymarz sp.k., in 2006, he worked for a leading law firm in Krakow and for several years at an international organisation in Geneva. He qualified as an attorney-at-law in 2009.

A specialist in commercial, corporate and capital markets law, Marek has advised clients, including private equity funds, in complex M&A transactions and joint ventures. He has a wealth of experience advising founders on the sale of their companies. His experience also covers mergers of major companies listed on the Warsaw Stock Exchange, as well as takeovers of listed companies. He was one of the leading lawyers advising a Polish listed company on a successful defence against a hostile takeover. His experience in capital market transactions includes advising issuers, selling shareholders and underwriters in connection with public and private offerings of shares to both Polish and international investors, as well as sales of shares in accelerated bookbuilding processes.

Marek is the author and co-author of several academic publications, including a monograph on authorised share capital increases.

Rymarz Zdort advised Groupe CANAL+  (the “Buyer”) on its acquisition of 70% of the shares in SPI International B.V., the majority shareholder of Kino Polska TV S.A., from Cooperatieve SPI Interna...

Rymarz Zdort advised entities of Energa Capital Group S.A., part of the ORLEN Group, on various aspects of a carve-out of a gas power plant from Elektrownia Ostrołęka sp. z o.o. and in connection wi...

Rymarz Zdort advised Polish energy group PGE in the finalisation of a joint venture agreement, announced on 10 February this year with Danish company Ørsted, the purpose of which is the development, ...