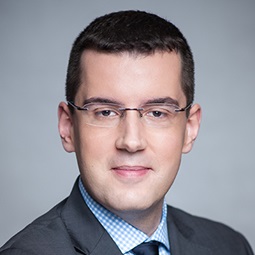 Marek Kanczew is an attorney-at-law admitted to practice in Poland, a certified tax advisor and counsel at Rymarz Zdort, head of employment practice.

Marek has been involved in a number of labour law projects within the framework of, among others, M&A transactions, including due diligence processes, as well as the transfer of workplace establishments, the development of employment structures, and the structuring of remuneration systems for key employees. He also supports employers throughout employment restructuring processes and the implementation of internal regulations and policies, as well as provides ongoing support in the area of labour law. In addition, thanks to his experience in tax consulting, Marek also contributes to projects concerning the taxation of managers as well as social security aspects. Marek advises companies across a range of industries, including finance, IT, energy, pharmaceutical, real estate and telecommunications. He also supports various organisations on a pro bono basis with their ongoing employment and tax matters.

Marek also specialize in tax law, with a particular focus on issues relating to M&A transactions and business restructurings. He has been involved in various projects, such as advising companies on day-to-day tax issues and preparing tax reviews, as well as  establishing the operations of foreign companies on the Polish market.

He has lectured at numerous training courses and conferences on tax law. Marek is also the author of a number of publications regarding taxation in Polish and international periodicals.

Rymarz Zdort advises Cellnex Poland on the acquisition of REMER

We are pleased to announce that we have successfully advised Cellnex Poland sp. z o.o. ("Cellnex Poland"), a company operating in the telecommunications sector, in the acquisition of 100% of the share...

Rymarz Zdort advises Cellnex Poland on the acquisition of REMER

Rymarz Zdort advised Polski Bank Komórek Macierzystych S.A. (“PBKM”) on a voluntary public offering to exchange shares in PBKM for shares in Vita 34 based on an agreement signed in May 2021 conce...

Rymarz Zdort advised Groupe CANAL+  (the “Buyer”) on its acquisition of 70% of the shares in SPI International B.V., the majority shareholder of Kino Polska TV S.A., from Cooperatieve SPI Interna...

Rymarz Zdort advised Pepco Group N.V. (“Pepco”, “Group”) on Polish law matters related to the initial public offering of shares in Pepco and their admission and introduction to trading on the ...

Sale of Termet and Tester to Ferro