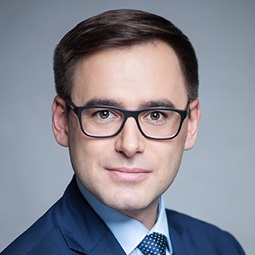 Marcin Płonka is an advocate and a senior associate in the corporate department of Rymarz Zdort.

He graduated from the Faculty of Law and Administration of the Jagiellonian University in Krakow in 2011. He also completed the European Master in Law and Economics Programme at Hamburg University and received an LL.M. from such university in 2012; that same year, he received a Master’s degree from the University of Bologna. Marcin also studied at Tilburg University (2010 to 2011), where he completed advanced courses in banking and securities regulations and international business law. Prior to joining Rymarz Zdort, formerly known as Weil, Gotshal & Manges – Paweł Rymarz sp.k., in 2013, Marcin worked for a Polish law firm based in Krakow. He qualified as an advocate and was admitted to practice in 2016.

Marcin was named one of Poland’s “best young talents” in the 2016 edition of the American Chamber of Commerce in Poland 30 Under 30 Program, which focused on promoting the “top, brightest, most talented and promising young professionals” in the country.