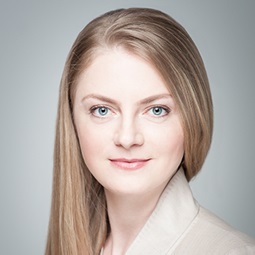 Magdalena Pyzik-Waląg is an advocate admitted to practice in Poland, a licensed restructuring advisor, a member of the National Council of Restructuring Advisors, a partner in the corporate department of Rymarz Zdort and the head of the restructuring and insolvency practice.

She graduated from the Faculty of Law and Administration of the Jagiellonian University in 2004. Magdalena was a Duke University School of Law scholar in the United States, where she obtained her LL.M. In 2008, she completed a judgeship training with the Appellate Court in Warsaw and in 2009 qualified as an advocate. She joined Rymarz Zdort, formerly known as Weil, Gotshal & Manges – Paweł Rymarz sp.k., in 2006.

A specialist in bankruptcy, restructuring and commercial law, Magdalena has more than 10 years of experience in handling complex domestic and international transactions as well as restructuring and insolvency matters, which has resulted in her playing a leading role in connection with some of the largest restructurings in Poland. Additionally, she focuses her practice on M&A transactions, particularly those involving public companies, and private equity. She has advised leading domestic and foreign market players on many significant M&A and private equity transactions in Poland. Her clients include major public and private companies from a variety of industries, including biotechnology, chemical, telecommunication, media, energy, automotive and construction.

A prestigious legal ranking, Chambers and Partners, ranked Magdalena in Band 4 in the field of restructuring and insolvency in its 2022 edition.

Another prestigious legal ranking, The Legal 500, recommended Magdalena for restructuring and insolvency in 2018 and has since 2019 ranked her in the “Next Generation Partners” category in this field.

Rymarz Zdort advised the Polcom Group (the “Polcom Group”) on concluding a partial scheme of arrangement with a consortium of lenders, and in its subsequent merger with Volumetric Building Compani...

Bank Pekao acquires certain assets and rights, as well as certain liabilities of Idea Bank, in the course of a resolution process commenced by the Bank Guarantee Fund

Rymarz Zdort has advised Pekao in the acquisition of certain assets and rights, as well as certain liabilities of Idea Bank, in the course of a resolution process commenced by the Bank Guarantee Fund....

Bank Pekao acquires certain assets and rights, as well as certain liabilities of Idea Bank, in the course of a resolution process commenced by the Bank Guarantee Fund