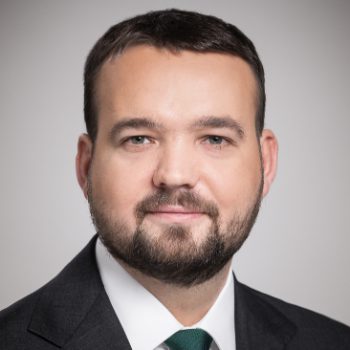 Jacek Zawadzki is an attorney-at-law admitted to practice in Poland and a partner in the corporate department of Rymarz Zdort.

A specialist in commercial, corporate and capital markets law, he has advised Polish and international clients, including financial institutions and private equity funds, on complex public and private M&A transactions, including ground-breaking transactions in the financial institutions sector that were later used as benchmarks for other transactions of the same type on the Polish market. Jacek has also advised Polish and international issuers of securities, investment banks and selling shareholders on the largest and most prestigious initial and secondary public offerings of shares, rights issues, accelerated bookbuilding transactions, and public and private issues of bonds, including convertible bonds. Moreover, he has advised financial institutions on regulatory matters and proceedings before the Polish Financial Supervision Authority, as well as on bancassurance transactions. He is also experienced in advising Polish companies on corporate matters.

The prestigious legal ranking publication Chambers & Partners has since 2011 ranked Jacek as one of the best specialists in Poland for equity capital markets. According to recent reports, Jacek Zawadzki is a “hard-working lawyer who brings knowledge to the table.” He is a noted ECM specialist who advises on IPOs and share offerings. A client says: “He has no problem in dealing with clients and senior members of the board and is very good at managing clients. He is a guy who is always there.”

Another prestigious legal ranking, The Legal 500, recommended Jacek for insurance in its 2019 edition. Jacek was also singled out as one of the rising stars of the legal profession in a ranking published by a leading Polish daily, Dziennik Gazeta Prawna, in 2013.

Rymarz Zdort advised the American growth equity fund TCV on a sale of shares in the public offering of Grupa Pracuj S.A. ("Grupa Pracuj"). Based on the final offer price, the market capitalisation ...

Rymarz Zdort advised Polski Bank Komórek Macierzystych S.A. (“PBKM”) on a voluntary public offering to exchange shares in PBKM for shares in Vita 34 based on an agreement signed in May 2021 conce...

Rymarz Zdort advises Brookfield on its investment in Polenergia

Rymarz Zdort advises Brookfield on its investment in Polenergia

Rymarz Zdort advised Bank Pekao S.A. (the “Bank”) on the acquisition of a 38.33% stake in Krajowy Integrator Płatności S.A. (“KIP” or the “Company”). KIP, the operator of the Tpay.com...