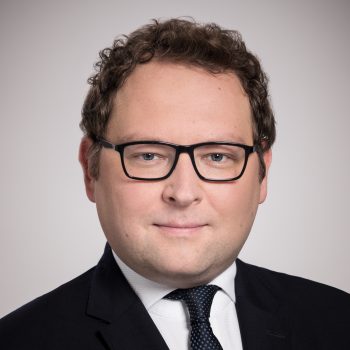 Dr Adam Puchalski is an attorney-at-law admitted to practice in Poland and counsel in the corporate department of Rymarz Zdort.

In 2009, he graduated from the Faculty of Law and Administration of the University of Warsaw, and completed a course in US law at the Centre for American Law Studies co-organised by the University of Warsaw and the University of Florida Levin College of Law. During his studies he participated in a law student exchange programme at the University of Copenhagen and on three separate occasions was awarded scholarships for scientific achievements by the Polish Ministry of Science and Higher Education. Adam also received a distinction in a competition organised by Wolters Kluwer and the Commercial Law Review (PPH) for the best thesis in commercial law. In addition, in 2008, he obtained a master’s degree in international relations from the University of Warsaw (based on a thesis regarding democratic “colour” revolutions, including in Ukraine) and in 2010 completed post-graduate studies in capital markets law organised by the Faculty of Law and Administration of the same university. In 2015, Adam obtained a Ph.D. in commercial law from the Institute of Law Studies of the Polish Academy of Sciences in Warsaw. Prior to joining Rymarz Zdort, formerly known as Weil, Gotshal & Manges – Pawel Rymarz sp.k., in 2022, he worked for ten years in a leading international law firm and for four years in senior managerial positions in one of the largest Polish banks.

A specialist in corporate matters, equity and debt capital markets law, M&A transactions, and financial sector regulatory issues, his experience includes advising on the largest and most complex M&A transactions in the Polish banking sector. He has handled tender offers for the sale of shares in public companies, mergers, demergers and due diligence reviews of various entities. Adam has also participated in the largest and most prestigious initial and secondary public offerings of shares, rights issues and public offerings of bonds. He has provided advice to various institutions in respect of regulatory matters and proceedings before the Polish Financial Supervision Authority. Moreover, his expertise includes corporate governance issues, as well as the reporting obligations of public companies listed on the WSE.

He is the author of several publications, including the first monograph in Poland on tender offers for shares in public companies published by C.H. Beck.

In 2017, Adam was nominated in the prestigious competition Rising Stars Lawyers – Leaders of Tomorrow organised by Dziennik Gazeta Prawna and Wolters Kluwer. In 2019, he was included in The Legal 500 GC Powerlist for Central and Eastern Europe, a list of leading and the most innovative in-house counsel in the region.

We are pleased to announce that we had the opportunity to advise Commercial Banks Protection System S.A.  on the granting of a subsidy and the acquisition of a minority stake in a bridge institution ...