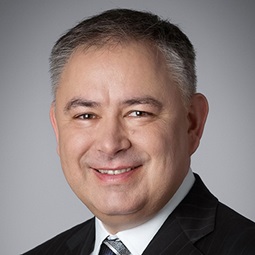 Andrzej Miklas is an advocate admitted to practice in Poland, a partner at Rymarz Zdort and the head of the dispute resolution department.

Andrzej graduated from the Faculty of Law and Administration of the University of Warsaw in 1987 and qualified as an advocate in 1993. He joined Rymarz Zdort, formerly known as Weil, Gotshal & Manges – Paweł Rymarz sp.k., in 2000.

His practice encompasses the litigation aspects of company, criminal and contract law. He has advised many leading Polish companies, as well as the State Treasury, in litigation proceedings concerning the correct functioning of those entities and other commercial matters.

For many years Andrzej Miklas has been recognised by international legal rankings such as Chambers & Partners, The Legal 500, IFLR1000 and PLC Which Lawyer?, as well as a local legal ranking of a leading Polish daily, Rzeczpospolita, as one of the best specialists in Poland for litigation and dispute resolution, arbitration and mediation, and criminal defence.

The prestigious legal ranking publication Chambers & Partners has since 2006 ranked Andrzej as one of the best specialists in dispute resolution in Poland. According to recent reports, Andrzej Miklas advises on a broad range of commercial disputes, routinely undertaking instructions from domestic corporate clients. “He is a very good, experienced lawyer,” sources confirm.

He has been voted by his peers as one of the few leading individuals for litigation and arbitration in several editions of the legal ranking prepared by Rzeczpospolita.