Polish lawmakers have until 17 July 2022 to implement most of the provisions of Directive (EU) 2019/1023 of the European Parliament and of the Council of 20 June 2019 on preventive restructuring frameworks, on discharge of debt and disqualifications, and on measures to increase the efficiency of procedures concerning restructuring, insolvency and discharge of debt, and amending Directive (EU) 2017/1132 (Directive on restructuring and insolvency), also referred to as the second chance directive (the “Second Chance Directive”).

The most important changes that should be implemented into Polish restructuring law in connection with the Second Chance Directive are:

In addition, depending on the assessment of the Polish legislature, the following changes may be introduced:

Introduction of the preventive restructuring framework

European Union legislation imposes an obligation to ensure that viable enterprises and entrepreneurs that are in financial distress have access to effective national preventive restructuring frameworks which enable them to continue operating.

This means that the relevant Polish legislation may introduce a new restructuring procedure into the Polish legal order which implements the solutions contained in the Second Chance Directive. Another possible scenario is that the provisions of the Second Chance Directive will be implemented by way of the modification of one of the procedures currently provided for in restructuring law.

Among the examples of early warning tools that the EU legislator specified are alert mechanisms in cases where a debtor has not made certain types of payments, advisory services provided by public or private organisations and incentives set forth in national law that encourage third parties that have relevant information concerning debtors to inform such debtors of any negative developments relating thereto.

Polish restructuring law does not offer a solution similar to early warning systems. To date, Polish debtors have not been provided with indications of their financial situation by third parties. The assessment of a debtor’s financial situation has rested in its own hands.

Polish restructuring law does not define the maximum length of time for which enforcement proceedings against a debtor's assets may be suspended. Similarly, no limit has been introduced on the length of time for which a debtor's contractual protection is granted. Introducing statutory solutions concerning this issue first requires that the backlog of judgments in restructuring courts be addressed. The introduction of a statutory regulation specifying the period for which protection is granted to a debtor is only one of the elements necessary for implementing the provisions of the Second Chance Directive. The second element is to ensure that the regulation is applied in practice.

Introduction of the best-interests-of-creditors test

Pursuant to the Second Chance Directive, compliance with the best-interests-of-creditors test is assessed if a restructuring plan has been challenged on the grounds that it fails to comply with such test.

Having to comply with the best-interests-of-creditors test means that no objecting creditor will be worse off upon the conclusion of the restructuring plan than such creditor would have been in the event of liquidation – either through gradual liquidation, or the sale of the debtor as a going concern – or in the event that the second-best alternative scenario is applied, if the restructuring plan had not been approved.

Opinions have been voiced that Polish restructuring law does not provide for solutions that could constitute an equivalent of the best-interests-of-creditors test. Therefore, the relevant Polish legislation can be expected to implement comprehensive regulations on this issue. 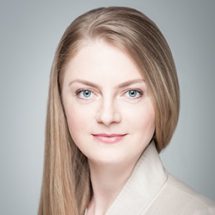 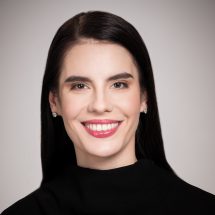 In 2022, employers will face significant changes in labour law. Currently, two significant amendments to the Labour Code are pending that will require companies to implement new internal regulations a...

On 13 October 2022 an amendment to the Commercial Companies Code (the “CCC Amendment”)[1] will enter into force which significantly strengthens the position of supervisory boards in joint stock an...

On 1 June 2022, the new Vertical Block Exemption Regulation (2022/720) adopted by the European Commission (“VBER”) comes into force. The new VBER supersedes the regulation that has been in place f...