On 13 October 2022, an amendment to the Polish Commercial Companies Code[1] will enter into force that includes changes that will affect the functioning of governing bodies of companies. The legislature has decided to amend Article 202 § 2, Article 218 § 2 and Article 369 § 1 of the CCC[2]. These provisions address issues related to the terms of office of members of management and supervisory boards of joint-stock companies (spółka akcyjna) and limited liability companies (spółka z ograniczoną odpowiedzialnością).

In accordance with the CCC, a term of office (kadencja) is the length of time a member of a governing body of a company serves in office; however, it is not the actual length of service of such member. A mandate (mandat), on the other hand, is the authority granted to a person to hold a particular office in a company. A mandate does not depend on the length of the term of office and forms the legal basis for the members of a company’s authorities to act.

The expiry of the term of office of a person holding an office does not automatically result in the expiry of their mandate, i.e. the authority to hold such office. The mandates of members of the authorities of commercial companies expire no later than on the date of the general meeting approving the financial statements for the most recent full financial year in which a given member served in office. As a result, a mandate may be longer than the corresponding term of office, which is justified by the need to protect the company’s interests.

The CCC Amendment aligns the provisions governing limited liability and joint-stock companies with the rules applicable to simple joint-stock companies (prosta spółka akcyjna) (Article 30056 § 2). The CCC Amendment clearly states that a term of office is calculated in full financial years unless the articles of association provide otherwise. Consequently, determining the moment at which a mandate should expire due to the end of a term of office should no longer be as controversial as it once was. Under the old provisions of the CCC, such determination was problematic in practice, especially given that commentators presented a series of different views in respect thereof within the legal doctrine. Therefore, the CCC Amendment should resolve existing disputes concerning what is referred to as the prolongation (continuation) concept (koncepcja prolongacyjna) by clearly stipulating that a mandate cannot expire prior to the end of the corresponding term of office.

For example, the mandate of a member of a management bord who is appointed for a three-year term of office on 30 June 2021 in a company the financial year of which is the same as the calendar year will expire on the date of the meeting of the shareholders held to approve the financial statements for 2024.

Please note that the amended provisions will retroactively apply to mandates and terms of office of members of governing bodies of companies that will continue to run after the entry into force of the CCC Amendment, i.e. on 13 October 2022.

[1] The Act of 9 February 2022 amending the Commercial Companies Code and certain other acts (the “Act” or the “CCC Amendment”). 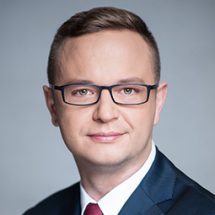 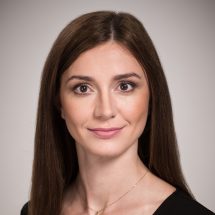 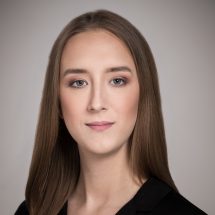 The 2022 amendments to the Commercial Companies Code – holding law

On 13 October 2022, the Amendment to the Commercial Companies Code[1] will enter into force, which in addition to introducing certain changes to the rules concerning the exercise of corporate governan...